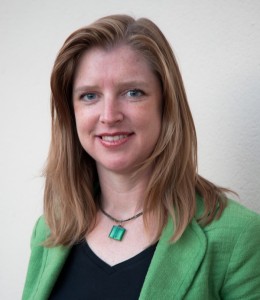 Emily Arnold-Fernández, the founder and executive director of Asylum Access, is a social entrepreneur and human rights pioneer.

A lawyer who has advocated nationally and internationally for the human rights of women, children, and other vulnerable individuals, Emily first became involved in refugee rights in 2002, when she represented refugees in United Nations proceedings in Cairo, Egypt.

Her first client was a young Liberian who had fled to Egypt to avoid being abducted and forced to fight as a child soldier. Because he was initially denied legal status as a refugee, he was at constant risk of arrest, detention and deportation by Egyptian authorities unless he could get the decision reversed – and he only had one chance to do so. Emily’s legal advocacy won her client protection and safety in Egypt until his eventual resettlement in the U.S. Unfortunately, Cairo was one of the few places where refugees had access to legal advocates like Emily.

Recognizing that refugees throughout Africa, Asia and Latin America – some of whom flee with nothing more than the clothes on their backs – were almost always unequipped to go into a legal proceeding in a foreign country, alone, and explain why they should not be deported, Emily founded Asylum Access to advocate on behalf of refugees seeking to assert their rights.

For her innovative approach to the global refugee crisis, Emily was honored by the Dalai Lama as one of 50 “Unsung Heroes of Compassion” from around the world (2009), Waldzell Institute’s Architects of the Future Award (2012) and Grinnell College Young Innovator for Social Justice Prize (2013). She has also been recognized as Pomona College’s Inspirational Young Alumna (2006), awarded the prestigious Echoing Green fellowship (2007), and recognized as the New Leaders Council’s 40 Under 40 (2010), among others.

Even before founding Asylum Access, Emily was an accomplished human rights advocate. She previously litigated civil rights claims in private practice and with Equal Rights Advocates, where she was part of the legal team in the landmark gender discrimination case against Wal-Mart. She has also been involved in a range of international work, including collaborating with a Nigerian women’s rights organization to draft a gender-egalitarian model Shar’ia marriage and divorce code.

A visionary human rights activist, Emily Arnold-Fernández takes her inspiration from a line in a June Jordan poem: “We are the ones we have been waiting for.”

Emily is particularly passionate about Asylum Access, however, because it has the power to transform refugee rights from paper promises to on-the-ground reality. “For half a century, international law has given refugees the rights to live safely, seek employment, send children to school and rebuild their lives. But those rights are meaningless unless they are respected on the ground,” she says. “Asylum Access provides a rare opportunity to fill a gaping hole in our human rights system – by making refugee rights a reality for real people.”

Request Emily as a speaker.

Click here for Emily’s interview for the Unsung Heroes of Compassion event with the Dalai Lama.