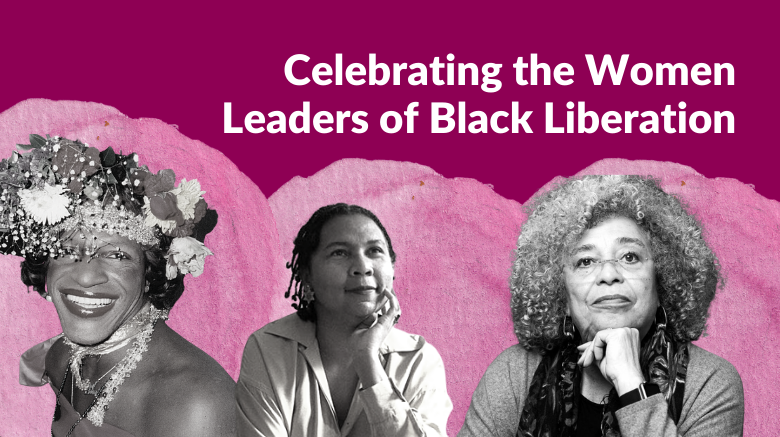 February is Black History Month. It started in 1915 when Carter G. Woodson (Ph.D. in Harvard) participated in the national celebration of the 50th anniversary of emancipation, held in the state of Illinois. Inspired by the three-week celebration, Woodson decided to form an organization to promote the scientific study of the life and history of Black people. So on September 9, he met at the Wabash YMCA with A. L. Jackson and three other colleagues. They formed the Association for the Study of Negro Life and History (ASNLH).

The contribution of the Black community in the United States has had a significant impact on civil society. In this blog post, we will highlight the work of Black women who, despite all the injustices and oppressions that (still) affect them, are the ones who lead social movements for and by minorities. From protests, political activism, and even arts; from these women in history, we have so much to continue to learn and a legacy to carry forward as we work together toward collective liberation.

An activist who got her start with the Black Panthers and the Communist Party. She has always been a political activist; she experienced the abuse of power and was in jail for 18 months, often in confinement because the guards considered her ideas dangerous. Of course, disruptive ideas scare anyone who wants to maintain the status quo. She became a symbol of resistance. Dr. Angela Davis continues to fight for the rights of all people, from those in prison to those who have been forcibly displaced.

Gloria Jean Watkins was a brilliant writer. She took her name in homage to her maternal great-grandmother, Bell Blair Hooks, to whom she was often compared as a child. Her name is written in lower case because for her, it was more important that we look at her ideas, much more than at who she was. With many essays and years of experience, bell hooks reminds us that thinking without intersectionality is dangerous. It is essential to have community and healing as the ultimate goal of social movements.

Marsha “Pay It No Mind” Johnson

She was a black transvestite activist who, along with Sylvia Rivera, we owe the creation of STAR (Street Transvestite Action Revolutionaries), a shelter for trans people who were homeless. Courageous and true to her ideals, she was a political leader. She protected the rights of the LGBT+ community in a hate-filled world that made her existence so difficult.

PS. As we look back to Black History Month and Women’s History Month, here are some associations that support different communities that you may also be interested in: