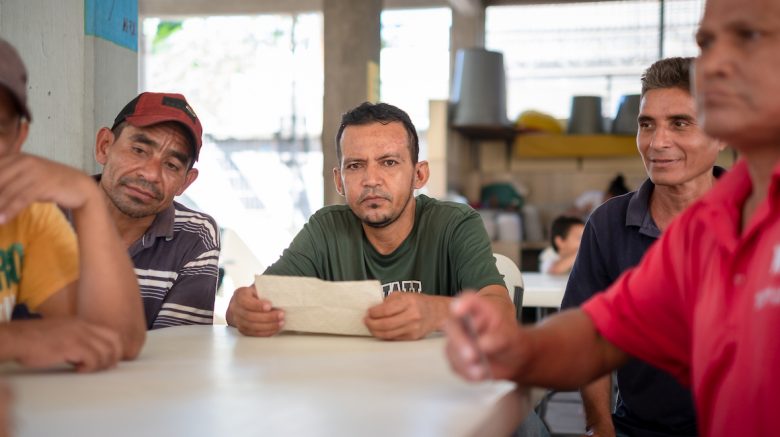 US-Mexico border policy is a priority for the Biden-Harris administration, which recently assigned Vice President Harris responsibility for its strategy and implementation. As the new administration develops its regional migration policy in Mexico and Central America, many of us in the humanitarian and asylum sectors are weighing the potential outcomes. Will the US continue severe deterrence and detention policies enacted under previous administrations, risking further brutality and human rights violations? Or will it take the opportunity to reimagine US leadership in refugee protection, and promote rights-based solutions to strengthen regional asylum systems that welcome those seeking safety?

We at Asylum Access urge the latter. Here is our evaluation of the US administration’s immediate policy options and our recommendation for how best to move forward.

Any strategy must uphold human rights

There is only one strategic option for border and regional migration policy that is compatible with the US’s commitment to human rights and international law: expand humanitarian access to protection for migrants in countries of refuge throughout the region and end ineffective deterrence and border externalization efforts and enforcement models that violate human rights.

The previous administration demonstrated that no matter how cruel and inhumane our policies, families will continue to flee untenable situations in their home countries. Expanding humanitarian access along the migration route would address migrant needs in Mexico and Central America, strengthen the US’s long term relationships with neighboring states, and reassert the country’s position as a leader in international humanitarian response without compromising its sovereignty and security.

A closer look at the adverse impact of previous regional migration deterrence policies underscores the US’s moral and practical responsibility to reject these approaches. Prior administrations have used three primary tools, each of them counterproductive and violative of human rights, to attempt to keep migrants and asylum seekers out of the US.

The first tool focuses on deterrence at the US-Mexico border. This approach includes maintaining a strong military presence at the border, closing historical crossing points, creating physical and “smart” barriers, and establishing and expanding migration checkpoints. The US has implemented versions of “Prevention through Deterrence” since 1994 and it remains a primary policy today. However, efforts in deterrence by the US have failed to curb migration through Mexico and instead pushed people who have been forcibly displaced to opt for alternate and more dangerous pathways to the US. In just 10 years of deterrence policy, between 1998-2008, CBP recorded 7,167 deaths of migrants attempting to cross the southern US border, although advocacy organizations estimate the number of casualties to be well over 10,000.

Deterrence will never be an effective strategy

By now, the pattern is clear: there is a consistent and causal relationship between national deterrence policies and increases in death rates among people who have been forcibly displaced. This pattern is clear globally as well. For these reasons, increasing deterrence efforts at the US border is not an effective or justifiable option for the Biden-Harris administration. It fails to effectively deter migration and, because we know this strategy systematically escalates harm for forcibly displaced persons, runs counter to the country’s commitment to human rights.

A second deterrence strategy is the practice of border externalization, through the adoption of border enforcement agreements, and other tactics. This has included encouraging states like Mexico, Guatemala, Honduras and El Salvador to deploy their armed forces to obstruct migrating populations, prevent their own citizens from leaving the country, and share the biometric and identity data of people who have migrated. While border enforcement agreements seek to disguise direct US involvement by pushing enforcement far from the US border, the manner in which they are carried out is brutal, unaccountable, and subverts local civil society organizations.

Recent border enforcement agreements were implemented under the Trump administration in 2019 and are already associated with a broad array of human rights abuses, including family separations, obstructed access to protection and forced return. Mexican military and law enforcement agencies cooperating with the US on containment at the border have engaged in forced disappearances, extrajudicial killings and the brutal massacre of migrants. These outcomes are horrific but also predictable: border externalization empowers and relies on agencies outside of the US that often lack training on care for vulnerable populations and have poor track records on human rights and corruption. With recent evidence of the systematic problems embedded in border agreements, the Biden-Harris administration cannot justify implementing them as a solution if it desires to maintain the US’s commitment to human rights.

Instead of an enforcement-centric approach, the United States should expand access to protection and humanitarian solutions in partnership with international and civil society organizations in the region. This means investing in the resources and technical capacity of protection authorities in Mexico and elsewhere, supporting grassroots and refugee-led organizations providing legal and humanitarian support and advocacy, removing barriers (like Title 42) to asylum in the US which create undue pressure on Mexico’s asylum system, and expanding lawful pathways for migrants.

Initiatives like the Central American Minors (CAM) program and other in-country processing programs, which the Biden-Harris administration have already expanded, provide important alternatives for those who can safely apply for protection in their countries of origin, but should be seen as complementary to the construction of safe regional asylum systems, not as a replacement. By expanding opportunities for individuals to access humanitarian relief and protection closer to home, and working with countries of transit to combat human rights abuses and crimes against asylum seekers, the US can promote safe solutions for individuals seeking protection. The United States should also visibly and publicly support human rights defenders and migrant service providers.