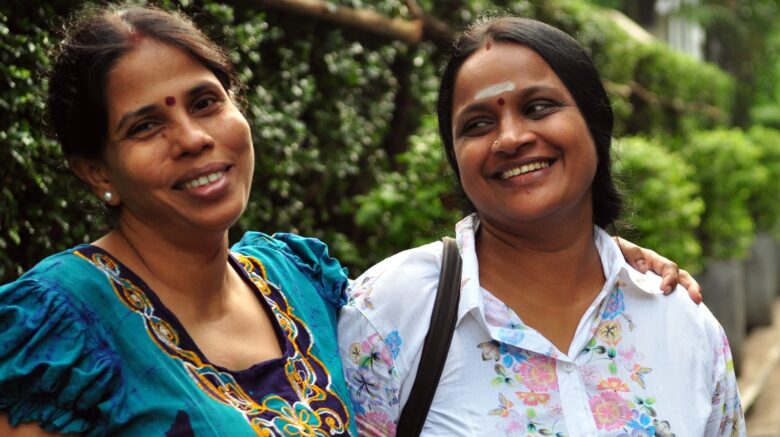 Recognizing women’s worldwide social, economic, cultural, and political achievements, International Women’s Day will be celebrated on March 8, 2021. This year’s theme is #ChooseToChallenge, asking people around the world to “choose to challenge and call out gender bias and inequality.” At Asylum Access, we are proud to celebrate refugee women’s courage as they challenge inequality daily, despite the significant risks and barriers they face.

Take Awi Ngaih, for example. Awi Ngaih’s quick thinking and bravery have resulted in her freedom and safety. After being arrested and captured by the Burmese Army, she narrowly escaped by asking to use the bathroom and subsequently traveled by foot for two days until she reached her relative’s home. She was able to arrange transportation to Malaysia, where the United Nations Refugee Agency recognized her as a refugee and issued her an identification card. However, Awi Ngaih still faced discrimination in her workplace. When Awi Ngaih’s employer released her from her job, they withheld over a month of her hard-earned wages. Refusing to give up, she sought resources that could assist her case. She contacted Asylum Access Malaysia, who represented her employment case and helped her recover the unpaid wages.

According to UNHCR, “women and girls make up around 50 percent of any refugee, internally displaced or stateless population.” Those who are unaccompanied, pregnant, heads of households, LGBTQI+, have a disability or are older are especially marginalized.

Aisha is another courageous woman who fought for her right to safety and self-determination despite her community’s looming threats. As a transgender woman, she was subject to ongoing cruelty and torture by her community in an effort to repress her identity. Aisha eventually fled to Thailand, where she was intercepted by the Thai police imprisoning her in a men’s detention center. Asylum Access Thailand represented Aisha’s case which ultimately concluded in her finding safety and freedom in Australia, where she can live openly as a transgender woman.

We admire and applaud the endurance and strength that our women clients have faced to get to where they are today. One of Asylum Access’s founding principles is to create a world where refugees everywhere can live safely, move freely, work, feed their families, send children to school, rebuild their lives, and contribute to their communities. Honoring that principle means working alongside refugee women to call out and challenge the barriers they face to self-determination.

Through policy change, legal empowerment, and advocating to change global systems, we hope to continue to support our clients as they Choose To Challenge, and as we work together to build a more equitable planet for women and girls worldwide.