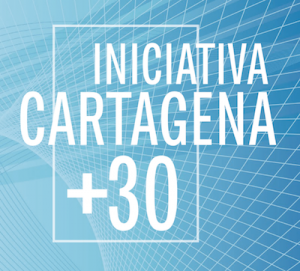 **NOTE**  – The executive summary of the report, “Cartagena Initiative +30: International Protection and Effective Integration: Civil Society Recommendations from the Front Lines of Asylum and Statelessness in Latin America and the Caribbean”, can now be downloaded here (Spanish only, translation forthcoming).

This November marks thirty years since the adoption of the Cartagena Declaration on Refugees, Latin America’s most progressive and comprehensive refugee policy. For its anniversary, civil society organizations have launched the Cartagena +30 Initiative to discuss the rights and policy protections of refugees and to reflect on what has been learned over the past three decades. The objective of the Cartagena +30 Initiative will be to incorporate the lessons learned into a proposal that, once discussed and adopted by states in the region and in coordination with the UNHCR, will contribute to the international protection agenda for the upcoming decade or more.

As part of the Initiative, Asylum Access Ecuador has actively lead cooperation with national human rights work groups in fourteen countries to produce a report that will identify the structural shortcomings and best practices in international protection with regard to refugees, asylum seekers and statelessness persons. The final Cartagena +30 report describes the complex issues influencing protection systems at various levels in each of the region’s countries, including a significant increment of the following phenomena: internal displacement, violence associated to organized crimes, unaccompanied children in mixed migration flows, as well as femicide, gender-based violence, and the risks toward human rights defenders.

At a regional level, the report presents important findings including the challenge of properly identifying people in need of international protection within mixed migration flows at entry points, the need to improve due process within the refugee status determination process, and the issue of administrative detention. The report stresses that, while Latin America has introduced innovative strategies for integration, its policies on the subject need to become an integral part of national development plans. The final report, to be published in early March, includes practical recommendations for government institutions, UNHCR and civil society organizations, emphasizing the need for transparent cooperation to achieve integral protection for asylum seekers, refugees and stateless persons. It will be an essential advocacy tool for organizations throughout the region and will be presented at several international conferences, including the UNHCR Annual Consultations with NGOs in Geneva in June, to spur further discussion surrounding the future of refugee protection. In surveying gaps in refugee protection as well as existing best practices, the Cartagena +30 Initiative honors the legacy of the Cartagena Declaration by building upon it, striving to ensure that the long-neglected promise of human rights for refugees is realized in the years to come.